The outcome of the general election in Britain was a surprise to many. In a blog in The Conversation today, Professor Karin Wahl-Jorgensen, of the School of Journalism at Cardiff University, reflects on what happened. The dominant narrative of the campaign, as she and many others see it, was that the election would result in another coalition government, this time with Labour leader Ed Miliband at the helm rather than the Conservative incumbent David Cameron. Instead, the Tories were returned with a majority, and on May 8th – the morning after – stunned-looking journalists and pundits found themselves having to ‘rewrite the campaign story’. How could they have got it so wrong? The answer, writes Wahl-Jorgensen, is that the media narrative of the election campaign ‘was built on the edifice of opinion polls’ and structured around the horse race frame. Rather than reporting the issues involved, political journalists tend to focus on winners and losers, the ‘swings in the fortunes of key players’, strategies and gaffes. Her take-home message: ‘campaign coverage driven by issues and substance instead of strategy and outcome is more likely not just to better inform the voters, but also to get things right…however the poll fiasco of 2015 is appraised with the hindsight of history, it serves as a reminder that campaign narratives are not more than frail, if convenient fictions’. The ‘horse race’ problem is often highlighted in the scholarly literature on political communication, but much of this is based on experiences of Anglo-Saxon polities. Would analysis of the framing of election campaigns in other parts of the world confirm that this is a global problem? 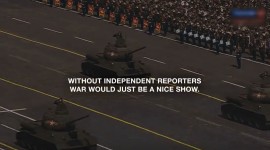